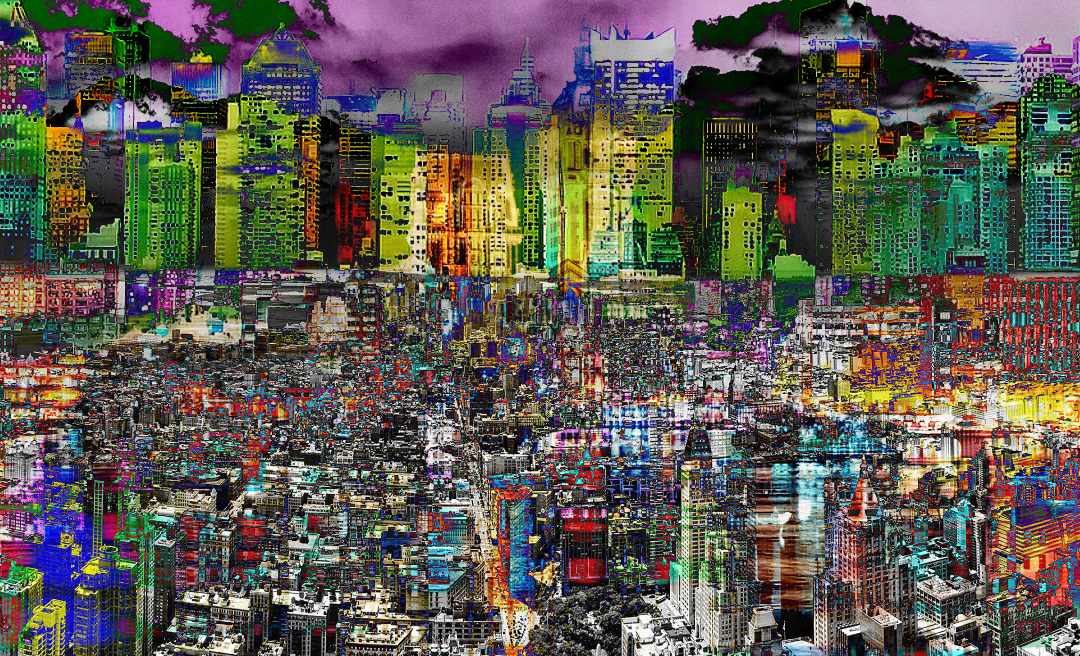 Art City!.. Lots of city art going on in my life. I tend to make one a day lately. They come easy to me but I know how much work I have put into making them. Time stands still for me when I make cityscapes or city art. It has a calming effect on me and I always like them after they are done. I miss living in a big city. My favorite city so far has been Chicago, one of the city art pieces has a few great Chicago buildings. Most of these have some New York City buildings and a couple have entire neighborhoods. Also featured are Washington DC, New Orleans and Boston. These will be in Flickr if you’d like to see them in large format. I’m also adding them to the Fine Art America store.

For me, city art is like no other art. I fall into these things and roam around my favorite cities having a blast. Usually, I start one and then it’s 3 hours later. I forget what else I was supposed to be doing when I make city art. Nothing about that is bad but I’ve learned to leave that work for the end of the day.

Featured cityscape city art is called City Dawn, Mary Clanahan. It will be in the City Art Gallery once it has been built.