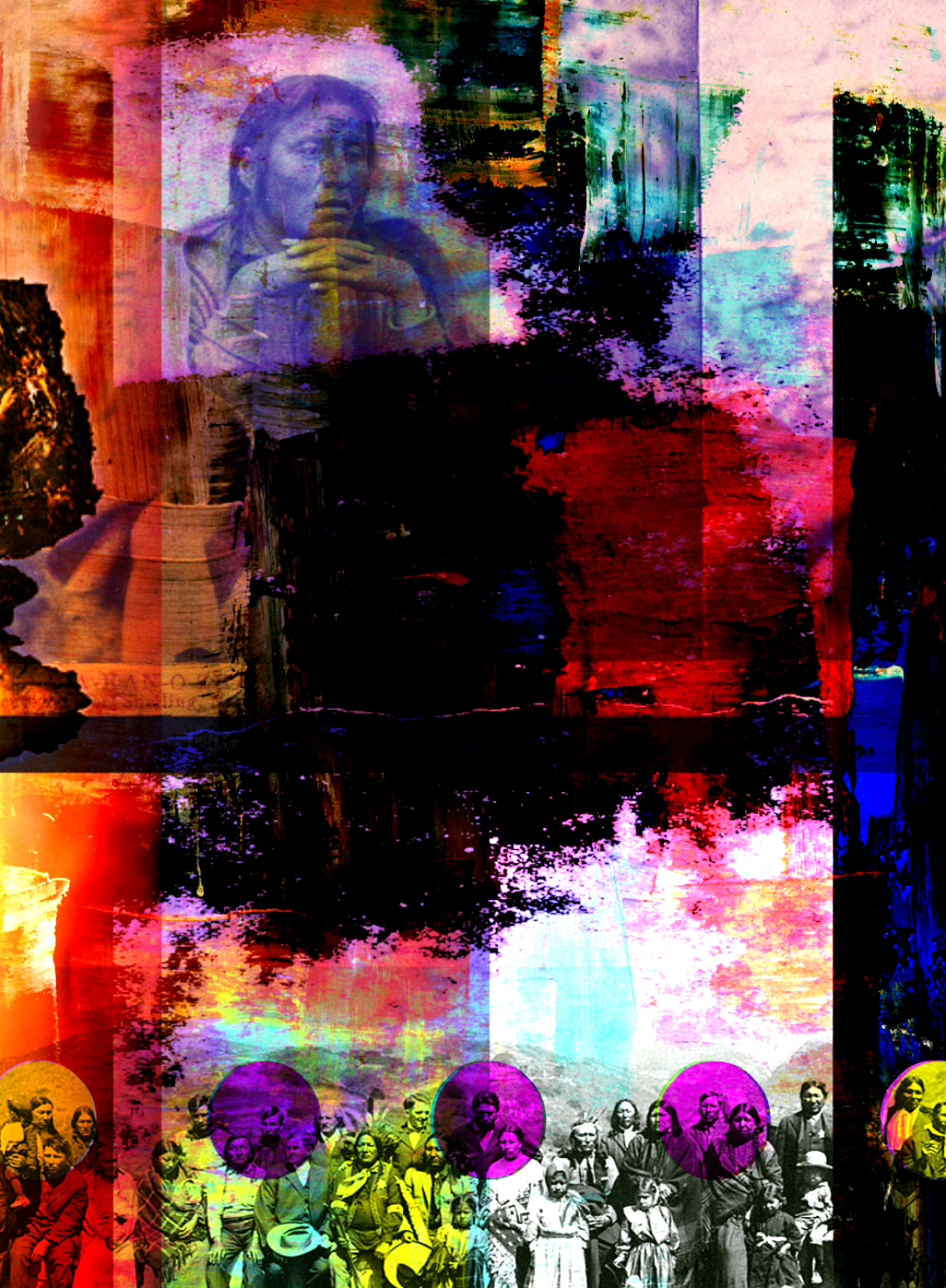 For great information about Native American art and history, visit the links listed in the blue info-box. I am pleased and honored to talk about Native Americans but I am overwhelmed and humbled to create art inspired by these noble, endearing people. I started researching for art purposes two years ago and admit that I have barely scratched the surface of what I should probably know and understand before telling their story or mine, with art. Trust, if I am American, the Native American’s story is my own. Below is a list of the research and resource links I learned from before creating my Native American inspired art.

When I created the piece shown here, called Squamulose for the Stratiform Series of 2012, I was researching the history of the Native American people who lived in the area where I once lived in Mid-Missouri. I adore history and find myself lost in the thick of it all the time. The Native Americans that lived in my area where fierce and had a full rich history. I won’t give a history lesson here, just wanted to give some insight about what I was thinking when I made this piece. I used free photos from Wiki, the image in the upper left of the piece is a Sioux Indian, the image at the bottom of the piece is of the Osage Indians. The Sioux and Osage of the Missouri and Kansas area had a great history together, a history of living in harmony and pf fighting to the death. Their history was abruptly changed and high-jacked. They then shared the same enemy, the white man. These very separate communities became one in the long battle for freedom.

The Sioux Indian featured in the art shown above called Squamulose, sacrificed his life for the people of the Osage tribe. This was most uncommon for the times but set in motion the changes that needed to happen in order for these tribes to live on.

The artwork below is called Sitting Bull Living On and features Sitting Bull himself. I applied digital art overlays of those who came after him, his tribe, his progeny, those who lived because of Sitting Bull’s actions. He was a great human being and is being honored daily not just by his people. I am glad to be among those who honor him and others like him.

I love Native American history as much as I love creating art. When I combine the two, it thrills me to no end. When I need some good inspiration for the making of art, I go to the history books and Wikipedia to find those worth discovering.

For more of the Stratiform Series, visit the Native American Art Gallery 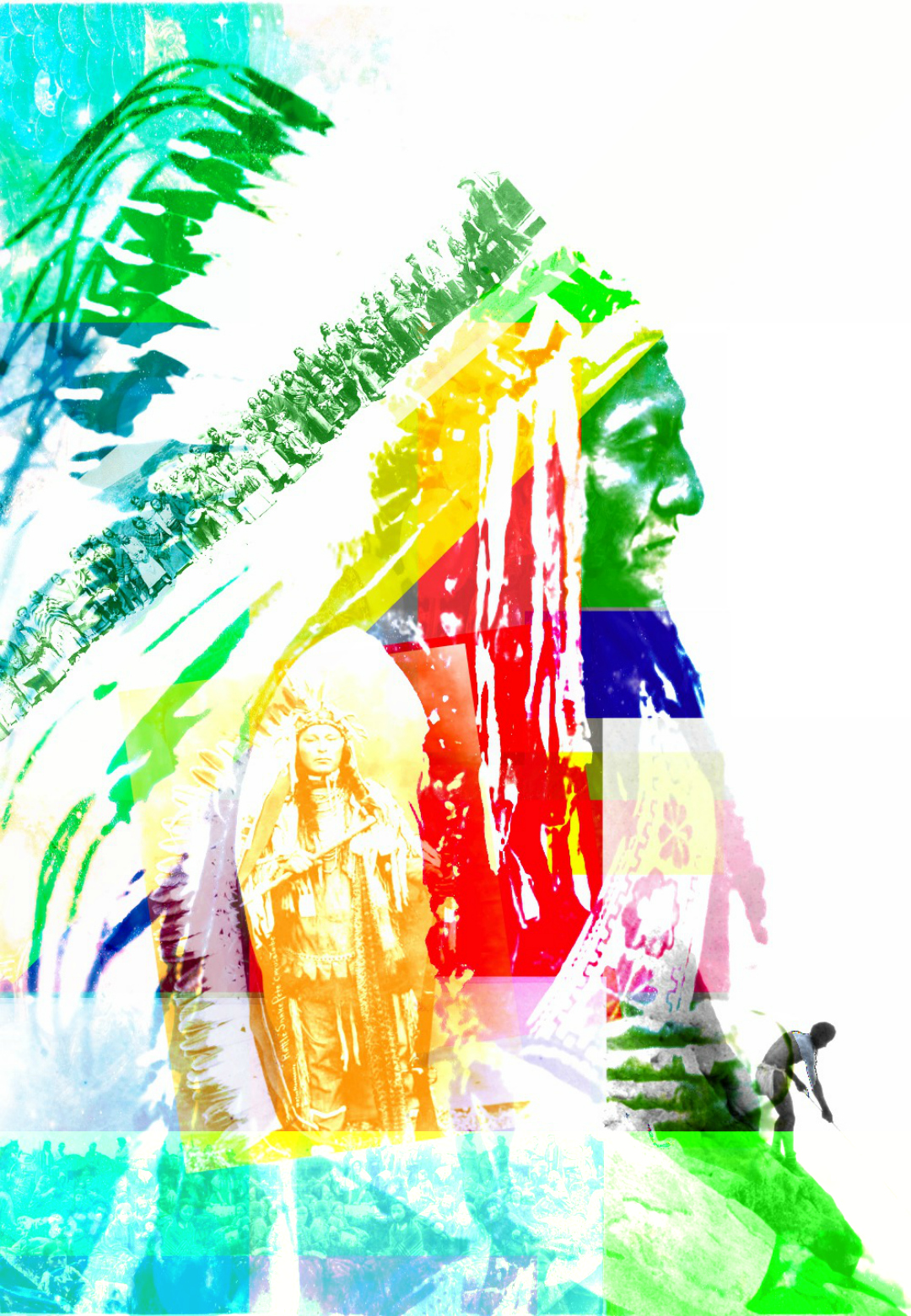